If you should ever find yourself in need of evacuation, it’ll help to have planned a suitable route. This is how I do it.

While it’s helpful to know the fastest route, the route most useful here is actually the one that is fastest during peaks of traffic congestion. Think rush hour, with a few bad accidents.

As an example, let’s plan two routes from Sonna to Walters Ferry. There aren’t many good options for crossing the Snake River, but we can select bridges near Melba (primary) and Marsing (secondary). Then we can plan two routes which diverge immediately to separate highways and which do not meet at any point until we reach our destination. 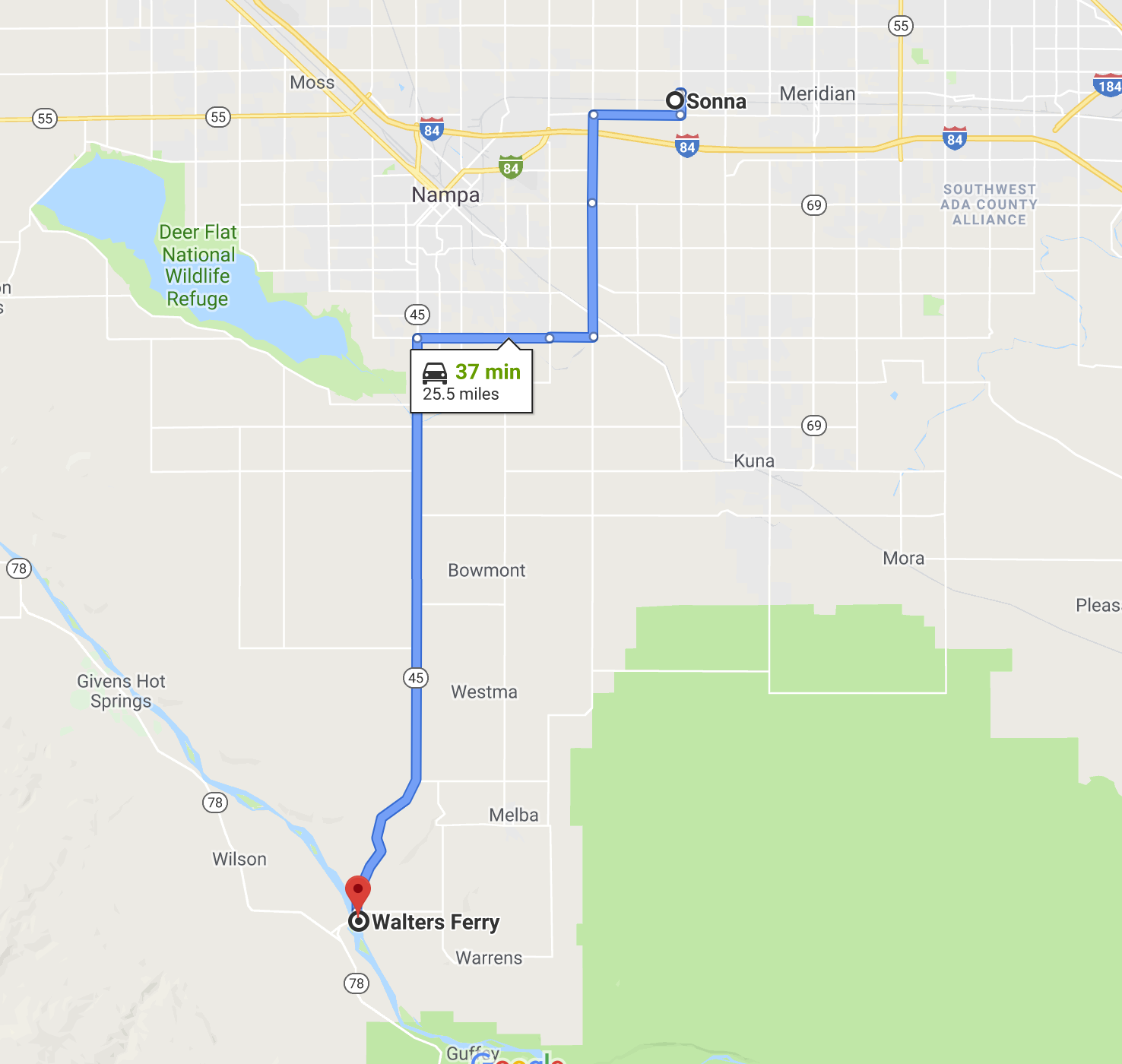 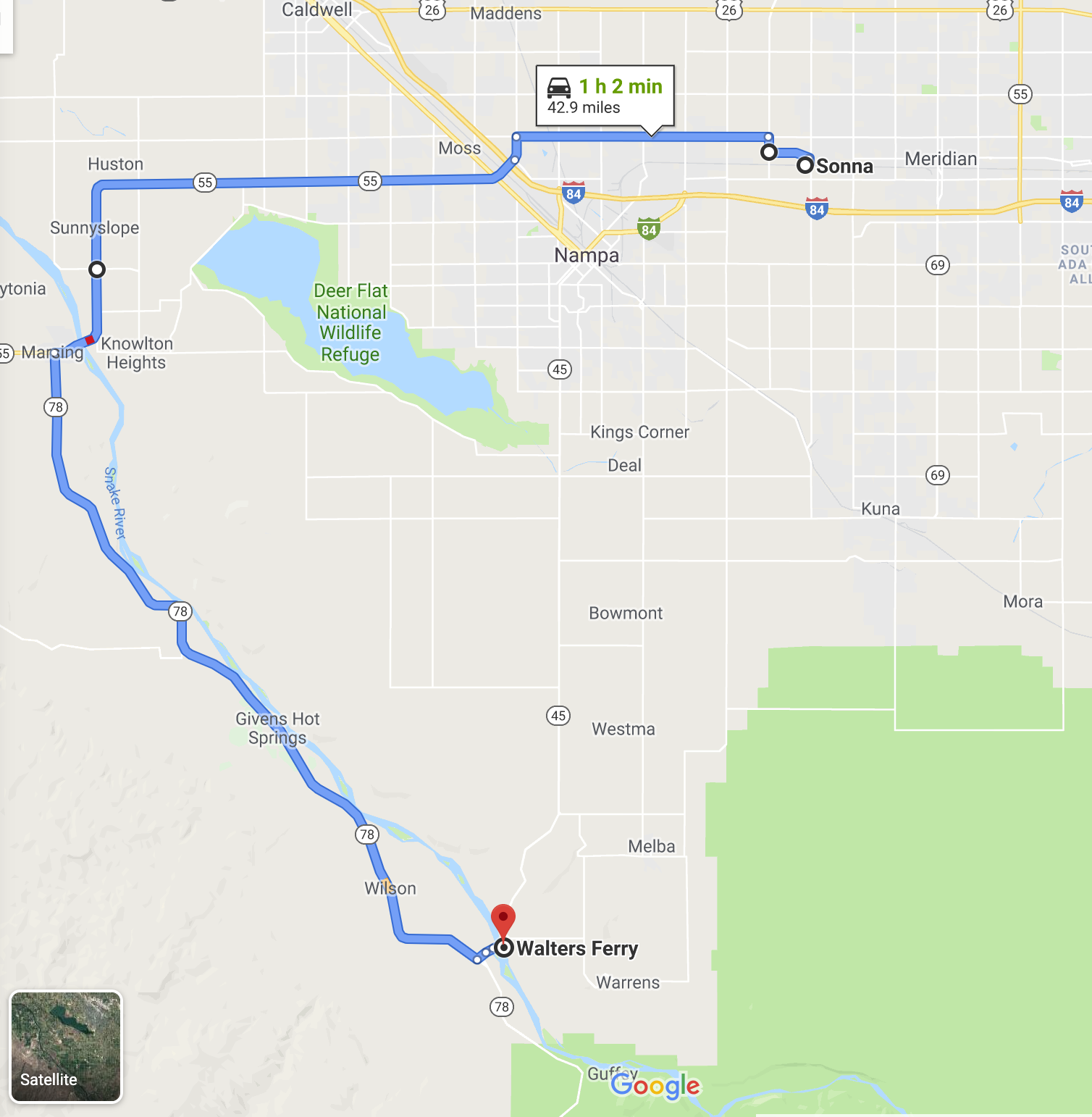 Zombies don’t stand a chance against such cunning.