Some knots in common use have never been all that good. Others have grown less secure as we’ve turned to synthetic ropes. These ropes are strong and resist rotting, but they’re a bit slippery. So we just can’t keep depending on knots that kinda sorta worked with the tarred hemp ropes of the 19th century. Here’s a list of loops, shanks, bends, bindings, and hitches that’ll actually hold in modern rope.

The point of a shank is to bypass a section of rope that is damaged or overly long. A shank that easily shakes loose obviously won’t do.

I tested the security of eight bends for comparison. See results. 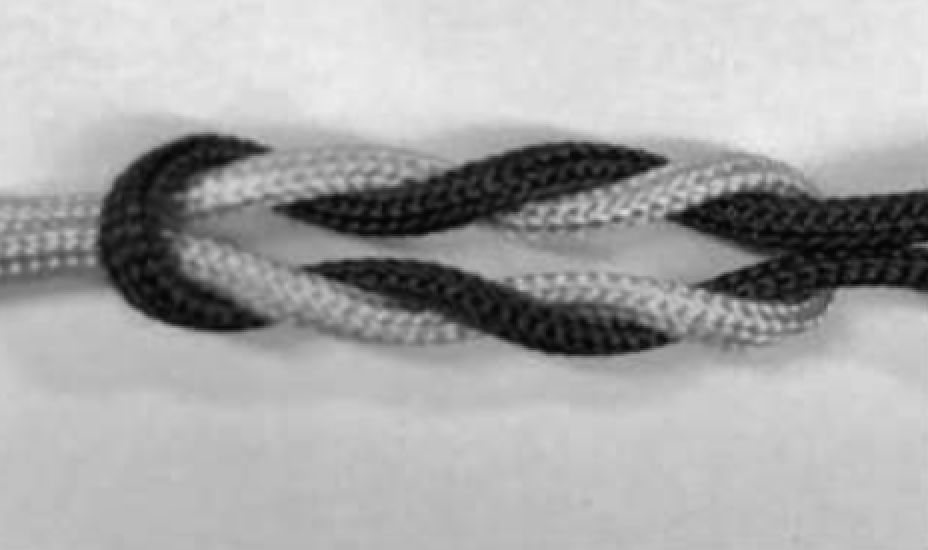 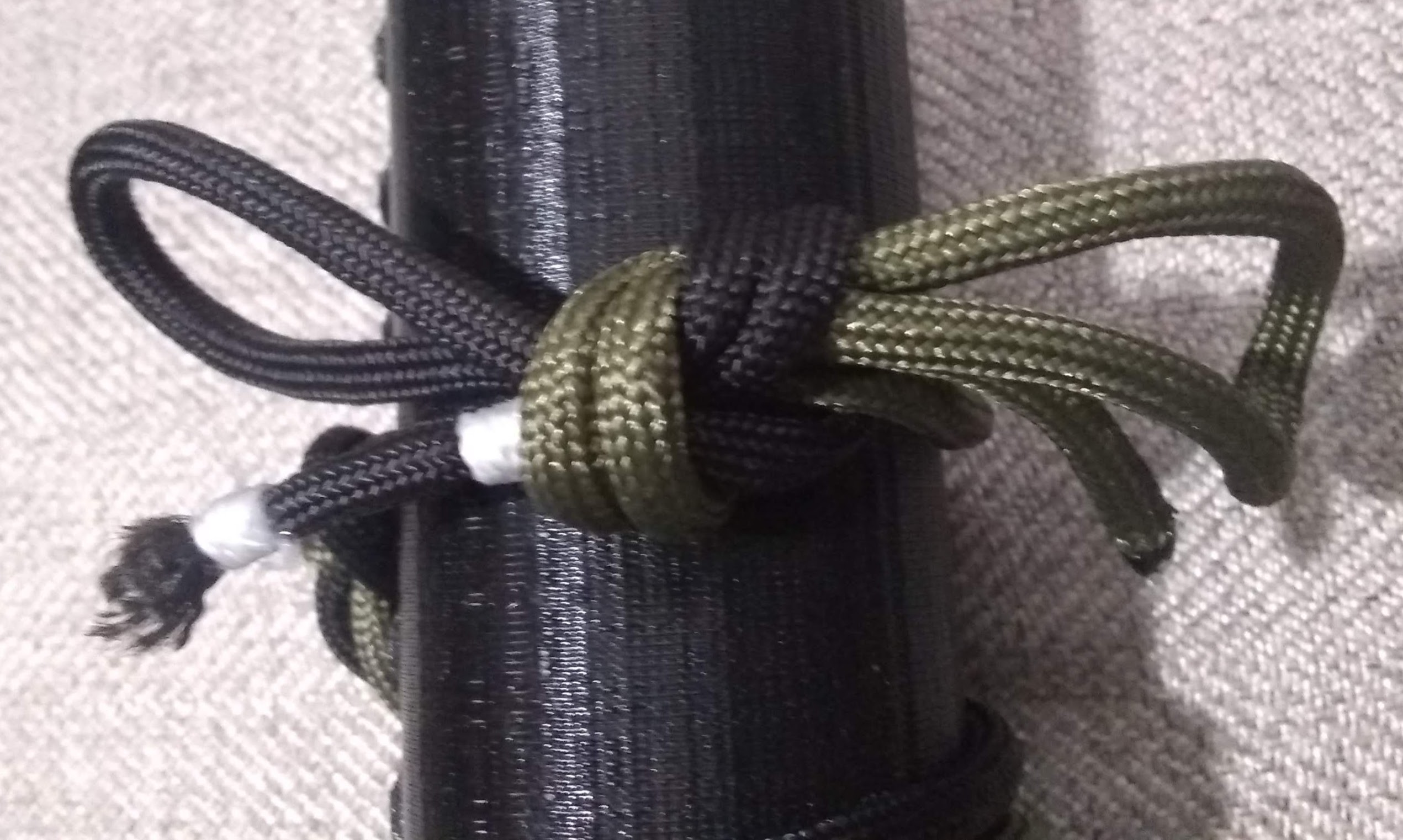 The other “square knot”, so called by the British, is the Chinese friendship knot. It is decidedly the more square of the two.

Never use a reef knot away from a convex surface or for joining two ropes. That’s what a bend is for. Misusing a reef knot as a bend may get you killed.

Unlike the standard reef knot, the double-throw variant is suitable as a bend. That’s why it can handle non-convex surfaces. But its best use is as a binding knot because, although it tightens well against a bindee, other bends significantly outperform it in jam-resistance and in maintaining rope strength.

Most people use a standard shoelace knot (double-slipped reef), but it works loose easily. The reef knot’s grip seems to rely on its symmetry, and using bights for only half of the knot breaks that symmetry. The two-bight variant gives up the quick-release option in order to retain the symmetry. The freedom bow, on the other hand, makes up for its asymmetry by converting the half-wrap around each loop into a full wrap.

My stalactite hitch improves upon the stability of the five-turn variant of the gripping sailor’s hitch by finishing with a riding turn around its diagonal part. This enables it to handle cycles of jerky tensioning and detensioning. 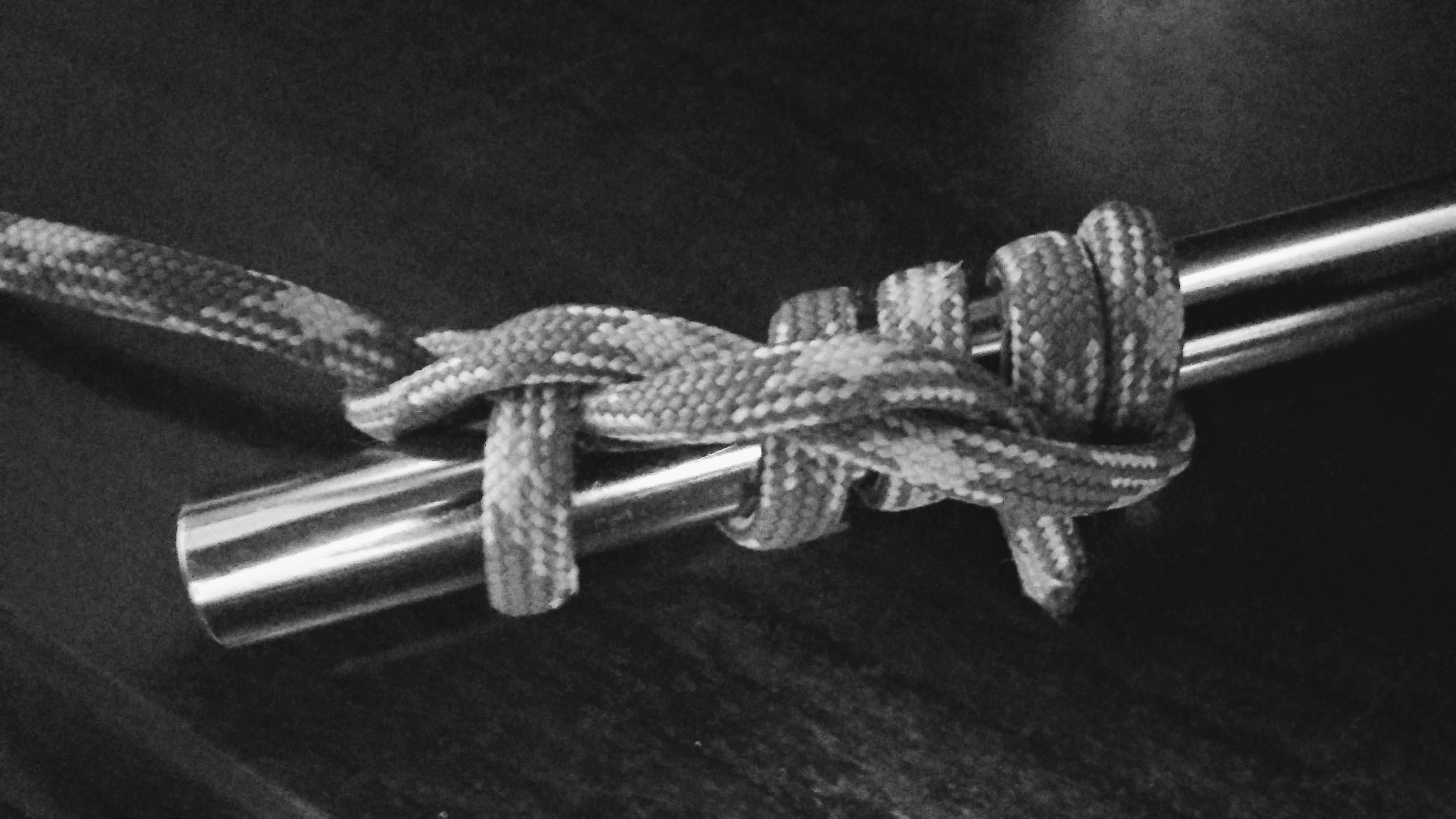